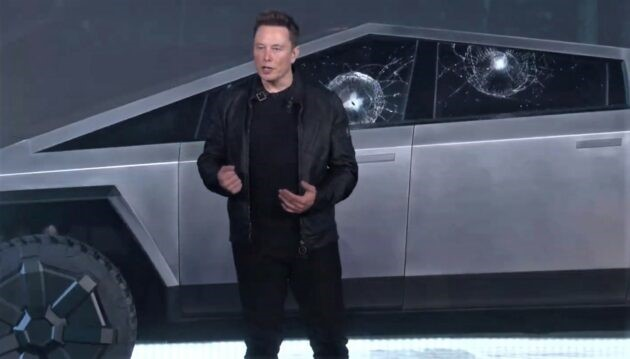 From Donald Trump to Beyoncé, it’s been a year of highs, lows, controversy and scandal in the celebrity world and with help from body language expert, The Face Whisperer, (Adrianne Carter) we’ve revealed our top 10 poker faces of 2019… but what exactly is a poker face? We asked The Face Whisperer to give us her official definition:

“A true poker face reveals nothing about what the person is internally feeling or thinking, their face is in a neutral position and there are no muscle movements detectable. It’s very rare that we see a true poker face when we are internally stirred up as it’s hard to keep a ‘straight face’, it practically always leaks through the face and the body language as you will see below.”

Here we count down the top 10 2019 poker faces from the world of sport, entertainment, politics and technology: 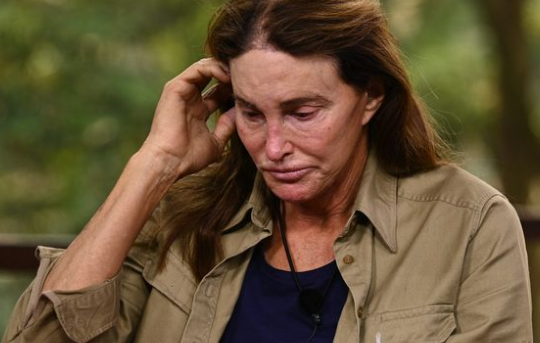 Scenario: After a three-week stint in the jungle during the recent series of I’m a Celeb, Caitlyn Jenner was voted out and made her big exit across the bridge to find no family waiting for her on the other side, which is usually tradition for the show. This forced her to put on a brave face, but did she do a good job of hiding her disappointment?

The Face Whisperer says: ‘This is a prototypical face of sadness – eyes downcast with loss of focus in the eye gaze and downturned lips. Sometimes we self soothe when we feel sad, which is what Caitlyn is displaying with her hand touching her head. Self-soothing is a gesture we do to calm our inner feelings. No awards for a poker face. 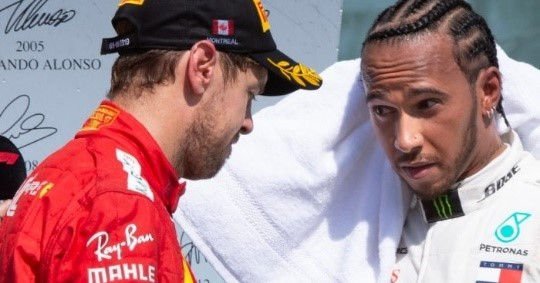 Scenario: Sebastian Vettel was left upset after facing defeat by Lewis Hamilton due to time penalties against him during the Canadian GP, despite finishing first. Appeals to reconsider the penalties were rejected adding more salt to the wounds for Vettel. But what did his face tell us on the podium?

The Face Whisperer says: Sebastian Vettel has his lips pressed together, one of the key components of a typical face of anger. This anger is also mixed with sadness, the downcast eyes give this away. It’s not surprising he has the mixture of emotion given the situation. Anger is felt when we feel we are being thwarted and sadness is felt due to loss. 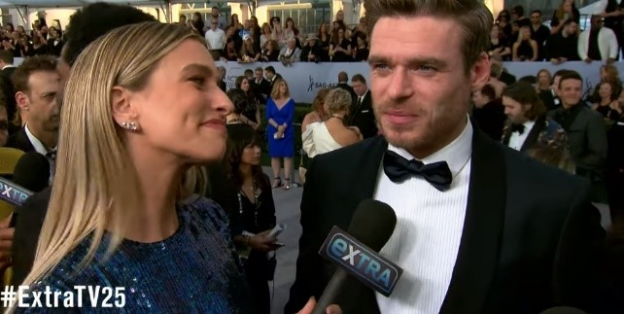 Scenario: After great speculation around the upcoming successor of Daniel Craig for the role of 007, the media and public turned their eyes to Richard Madden as a favourite, being quizzed frequently in a range of TV interviews. Could Richard hide his excitement about the role?

The Face Whisperer says: On close inspection of his face, it looks like he smelt something off. The constant questioning about the James Bond rumours are not fun anymore by the look on his face. His face is showing the emotion of dislike/ disgust. When we don’t like something, we have an involuntarily wrinkling of the nose, which we can see in this image. No poker face here. 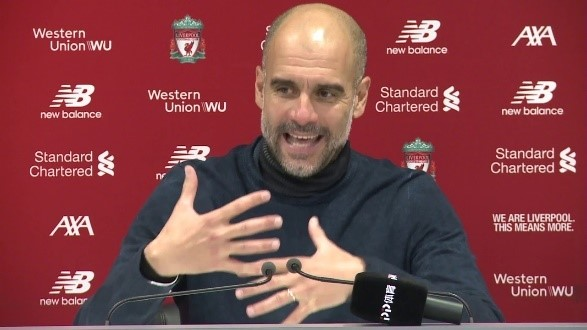 Scenario: After a devastating defeat to Liverpool FC in the title race, Guardiola had a very surprising reaction as he hid any disappointment with praise and positivity towards the referee. But was he telling the truth or was it a bluff?

The Face Whisperer says: Definitely bluff! He is not only trying to hide his true feelings, but he’s also trying to make people think he feels differently, however his face is revealing more than what he’s trying to portray. This is a fake smile – there is no bunching up of the cheek muscles and lips are stretched across and not turned up, which we would see in a genuine smile. 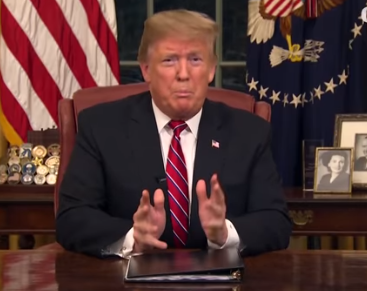 Scenario: After many delays, Donald Trump doubled down on the biggest gamble of his Presidency and tall promise that led his 2016 campaign. To bring his Mexican border wall to reality, he claimed the issue to be a ‘humanitarian crisis’ to utilise a loophole in American law to secure his funding. Was this a last-ditch attempt to make this a reality and exploit the system, or was he telling the truth?

The Face Whisperer says: ‘The top half of the face reveals emotion… The bulging muscles underneath both eyes are associated with the happiness emotion – this could be joy at getting his gamble through or ‘dupers delight’ which means, ‘I know something you don’t know…’ 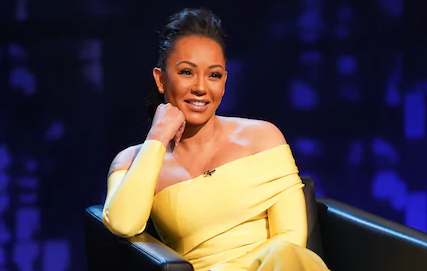 Scenario: The interview was an instant viral hit, as Mel B revealed that she had allegedly slept with fellow Spice Girl, Geri Halliwell, during the 90’s. Geri responded to these controversial claims saying that they were completely false. Was this all a tale from Scary Spice?

The Face Whisperer says: This is what you call the happy thinker face. It is the pose of the thinker (chin resting on hand). The face is showing two emotions – happiness around the eyes and the cheeks and fear in the smile. The smile is not turned upwards as much as you would expect but is more straight across as seen in a fear facial expression. She appears to tell the truth but fearful of the reaction and thinking of how next to respond.

Scenario: It was billed as ‘unbreakable’ by Tesla billionaire, Elon Musk, at a global press conference. But during testing the large metal Cybertruck’s armoured windows were shattered leaving Elon with the task of convincing people to continue to invest. Stocks fell 6 per cent. Did he successfully keep his cool or did the cracks begin to show?

The Face Whisperer says: The message is loud and clear – Elon Musk is angry. Hard staring eyes, the tightened lips and the fisted hand all give the message of aggression. He is ready to fight which is also revealed by the beckoning hand, bring it on. 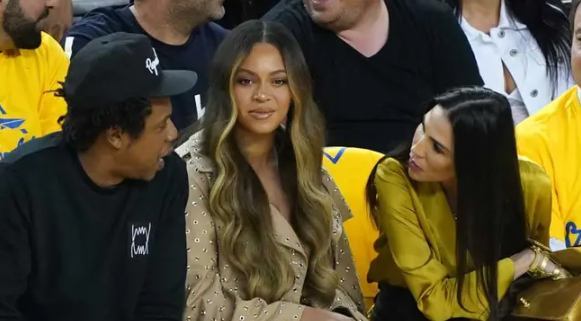 Scenario: There has been lots of speculation about Jay-Z’s infidelity and during a basketball game, his wife Beyoncé was spotted becoming very visibly irritated by his talking across her to another female spectator. What was she really thinking?

The Face Whisperer says: The right side of Beyoncé’s face is showing a half smile, however this is the face of contempt not a half smile. Contempt is shown when we feel either disrespect for someone else or we think we are superior. So, the question is, is Queen B feeling superior to the woman next to her or disrespectful of the situation? Many people miss this facial expression and as one side of the face is neutral, they may think she is using her poker face – you now know different. 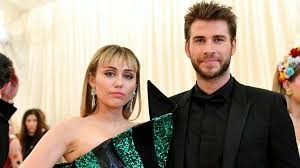 Scenario: The 2019 Met Gala was one of the last appearances the former childhood sweethearts made together. The months following saw Miley saying she ‘doesn’t like the word, wife’ and was spotted on holiday without her ring. Had the celeb favourites already split by this time and was their appearance all an act?

The Face Whisperer says: Good contender poker faces from both Miley and Liam, but, on analysis, Miley is showing a defiant posture and face (you can almost hear her say ’what?’ in an aggressive tone) and Liam is showing the classic muscle movements associated with anger with the clamped together lips. In his eyes is sadness, loss of focus. All in all, not a happy couple… but pretty good poker faces. 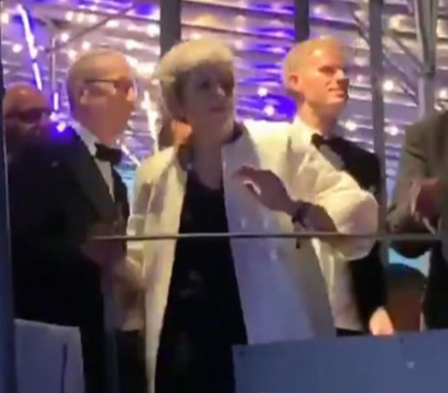 Scenario: By 2019, Theresa May had already made a name for herself as a Dancing Queen with her awkward moves that many refer to as ‘The Maybot’. Once again, she whipped out her dance moves at Henley Festival but was this a deliberate attempt to humanise the heavily criticised Prime Minister, and if so, did it work?

The Face Whisperer says: This is the closest to a true poker face we have seen with these 10 scenarios. Although her body language looks stiff and awkward her face is relaxed, which would indicate there is no internal discomfort. So, if she is feeling uncomfortable in any way – Theresa has her poker face down to a fine art!

“A true poker face reveals nothing about what the person is internally feeling or thinking, their face is in a neutral position and there are no muscle movements detectable. It’s very rare that we see a true poker face when we are internally stirred up as it’s hard to keep a ‘straight face’, it practically always leaks through the face and the body language as you will see below.”

“To have a true poker face you need to aim for expressionless – not as easy as it sounds when you are winning or losing in a game of poker and tensions are high. Most people make the mistake of setting their face in what they think is a poker face, but they just end up looking constipated or angry and not expressionless.”

Here are 5 steps for the best poker face:

Become aware of your own face when you are winning or losing, your face will feel differently in each state
Practice feeling blank – it’ll help you recognise how your face feels when you are developing your best expressionless poker face
Don’t set your face rigid – this turns into a look of anger
Relax your facial muscles and think of something that raises no emotion in you
Don’t fake an emotion you don’t feel (to bluff the other players) – research has shown the general public can reliably detect an emotion that’s faked 7/10 times

The Face Whisperer, Adrianne Carter has let us in to her top tips for pulling the best poker face…

Become aware of your own face when you are winning or losing, your face will feel differently in each state
Practice feeling blank – it’ll help you recognise how your face feels when you are developing your best expressionless poker face
Don’t set your face rigid – this turns into a look of anger
Relax your facial muscles and think of something that raises no emotion in you
Don’t fake an emotion you don’t feel (to bluff the other players) – research has shown the general public can reliably detect an emotion that’s faked 7/10 times
So, when you’re next playing online either alone or with friends, you’re now fully prepped to pull the perfect poke face.